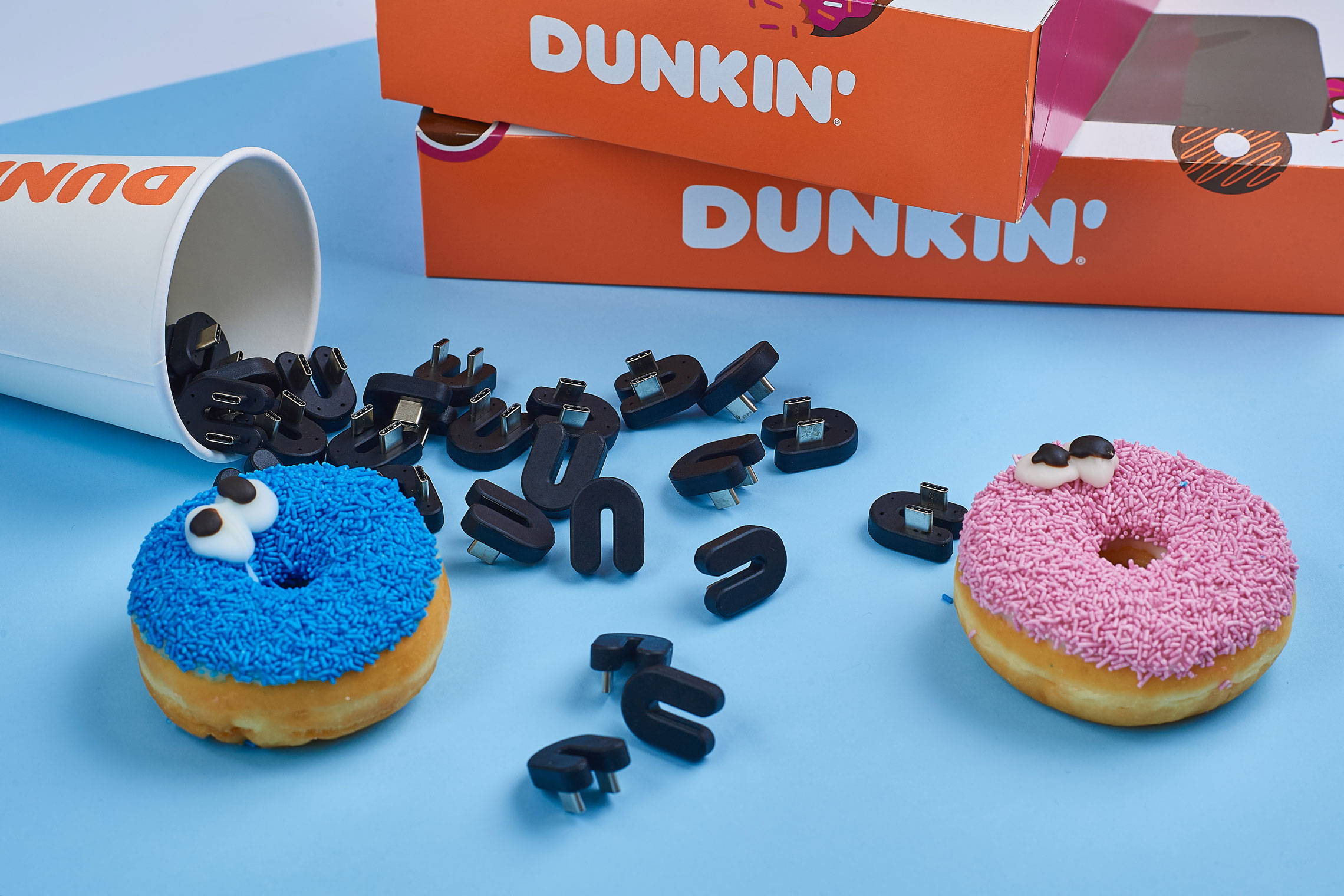 The year is 2016, Nancy and I just discovered USB-C and all its promises. We started working on a project called Leaf*. Our idea was to create a super functional device for the new MacBooks, but a device that would also look freaking good.

Following our friends' encouragement, we eventually shot a video and pushed it on Indiegogo. And that’s where things got a little out of control: online press and blogs started to write about it, orders came in, and we received hundreds of questions, comments, and suggestions from backers. As with most DIY/Makers projects, all the focus was on the product rather than UX.
One recurring topic though was the connection between the LINEDOCK and the MacBook, some backers suggesting a small vertical connector. We looked into the idea but decided not to go any further as we had already way too much on our plate with the (unexpected) success of the campaign and a two-people team.

Fast forward a couple of months later, we started assembling the second LINEDOCK prototype and it became clear, while using it, that something had to be done over that long, dangly USB-C cable.
While discussing the design of a short connector again and debating about the workload it would represent, the discussion rapidly led to the same conclusion: we simply had too much to chew already.
The short cable project was abandoned.
One day, while waiting for a connecting flight in JFK I started staring at the Dunkin Donuts sign right in front. I noticed the harmony of the font, especially the “U”, its playfulness and proportions close to perfection. I started tilting my head 45° (red-eye flights FTW) then it struck me: That was it.
That U shape was exactly what we needed. Compact, singular, a combination of perfect symmetry and asymmetry. I sketched it quickly and sent a picture to Nancy.
She replied "U like... Uh-huh**, Love it! Go go go !" I opened my laptop, started designing it, and the cable was sent out for 3D printing before boarding. 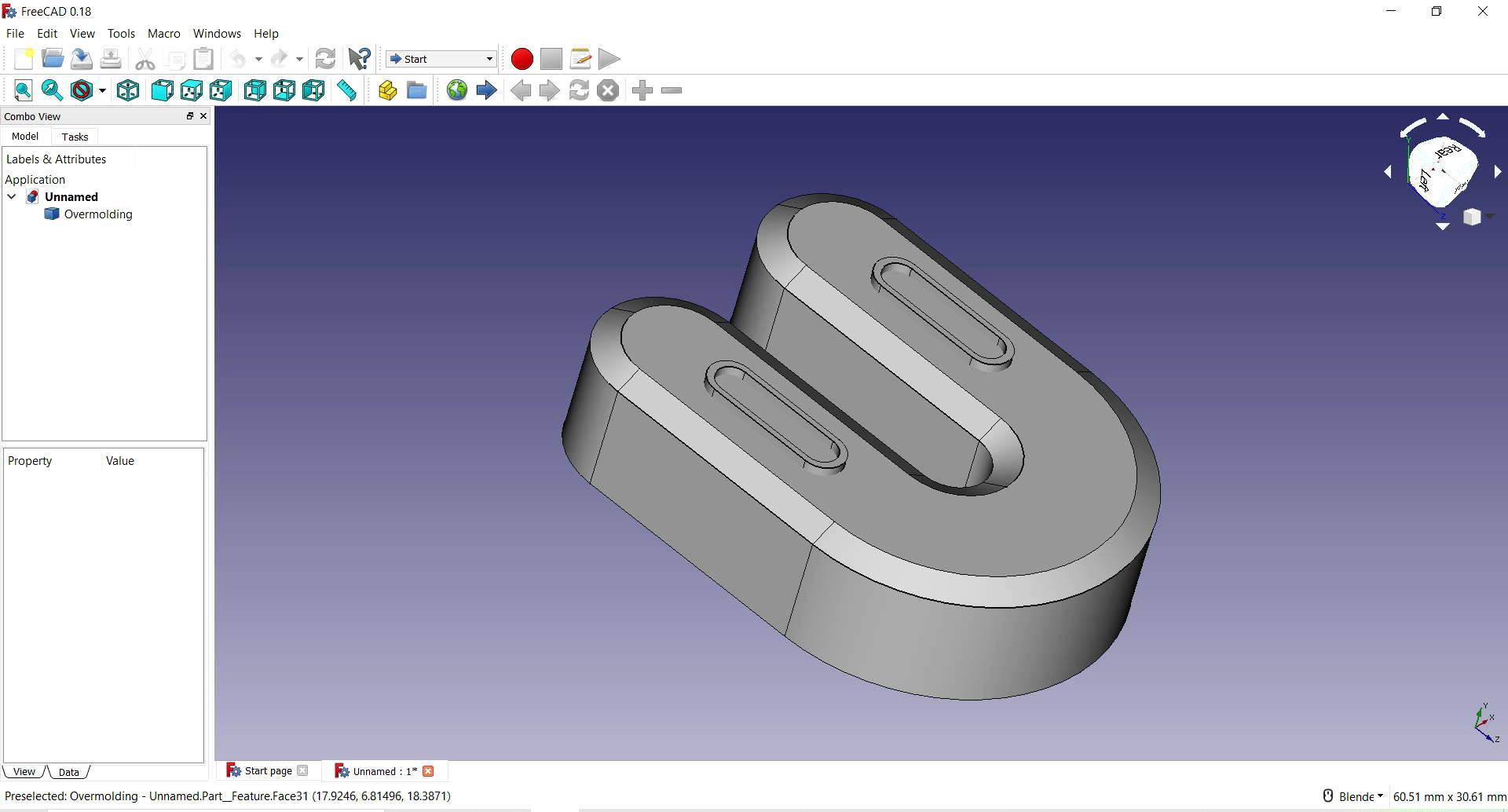 Down the rabbit hole. The technicalities of USB cables are way deeper than we thought.
It goes like this.
A regular USB cable has 4 lines. A fully specced USB-C cable that supports power up to 100W, 4K video and data has at least 18 lines, plus some integrated chipsets called e-marker.
Such a cable is assembled by taking a 3 feet rope of pre-braided cables, then soldering all 18 lines to the USB-C connector on both ends. Once all lines have been soldered, comes a first plastic injection, then metal casing, then a second plastic injection. All this micro-assembly happens in the tips of the cable. And said tip alone is already longer than the U-Cable as a hole… 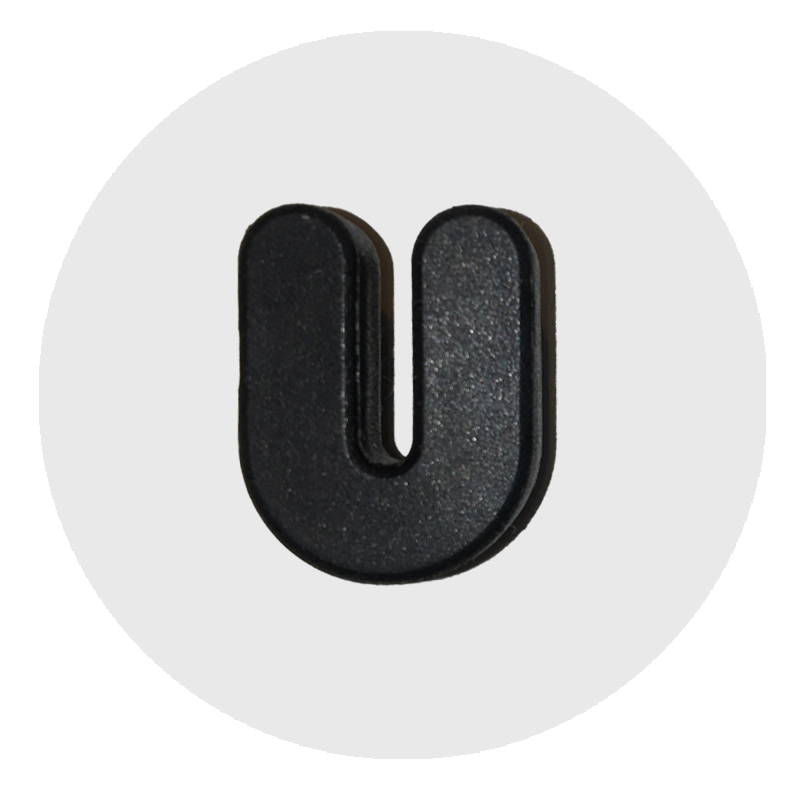 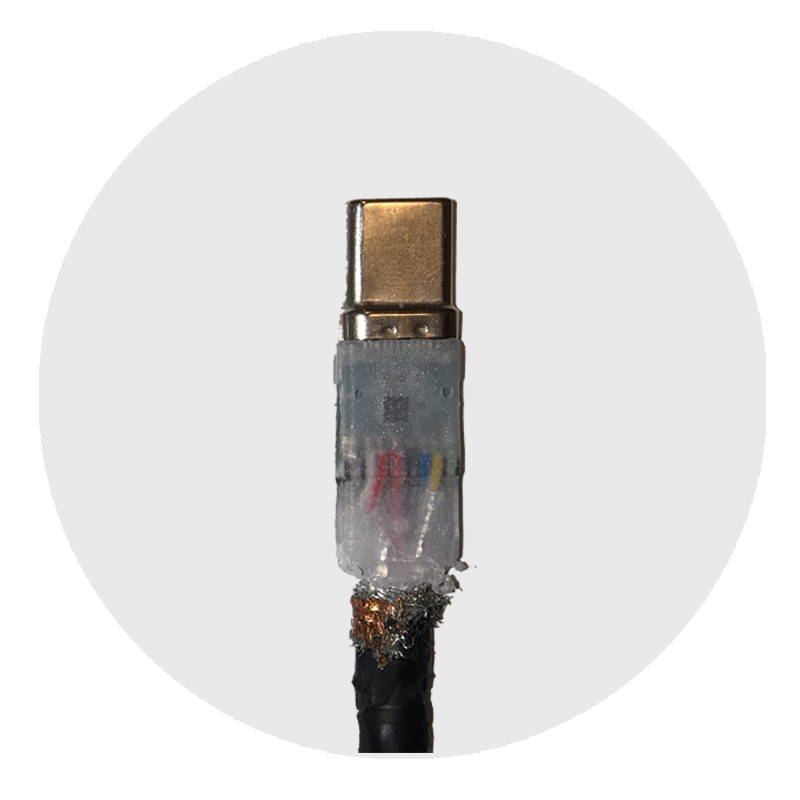 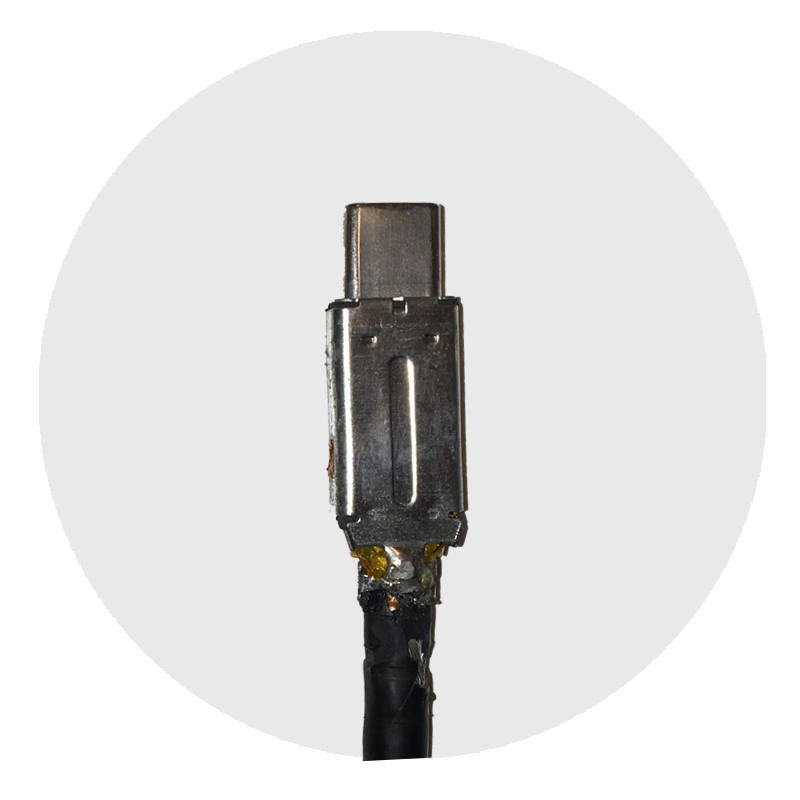 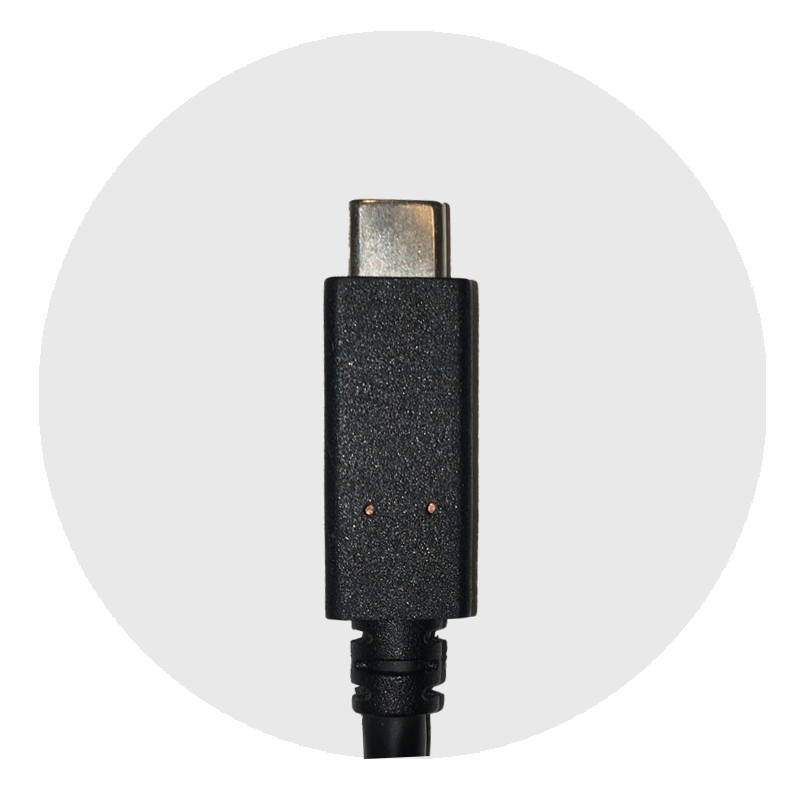 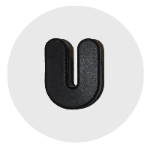 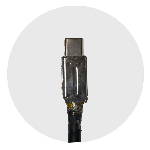 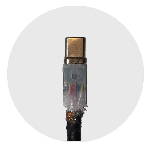 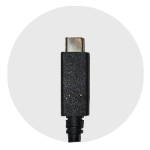 It became obvious that we had to invent another technique. So we changed our approach completely and imagined the U-Cable as a computer rather than a cable. As such, the electrical signal would be carried through a motherboard instead of regular wires. 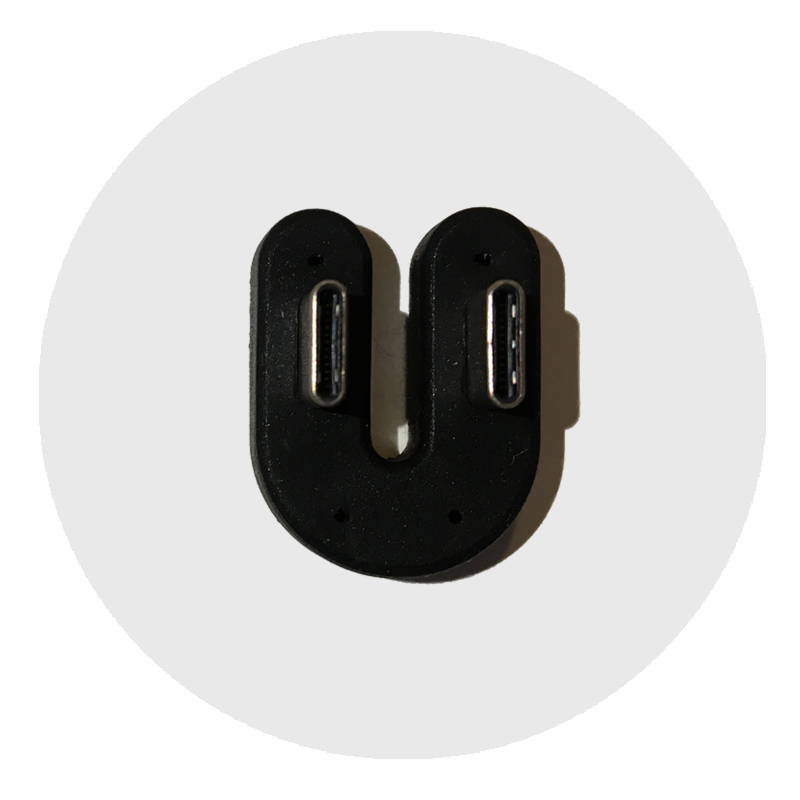 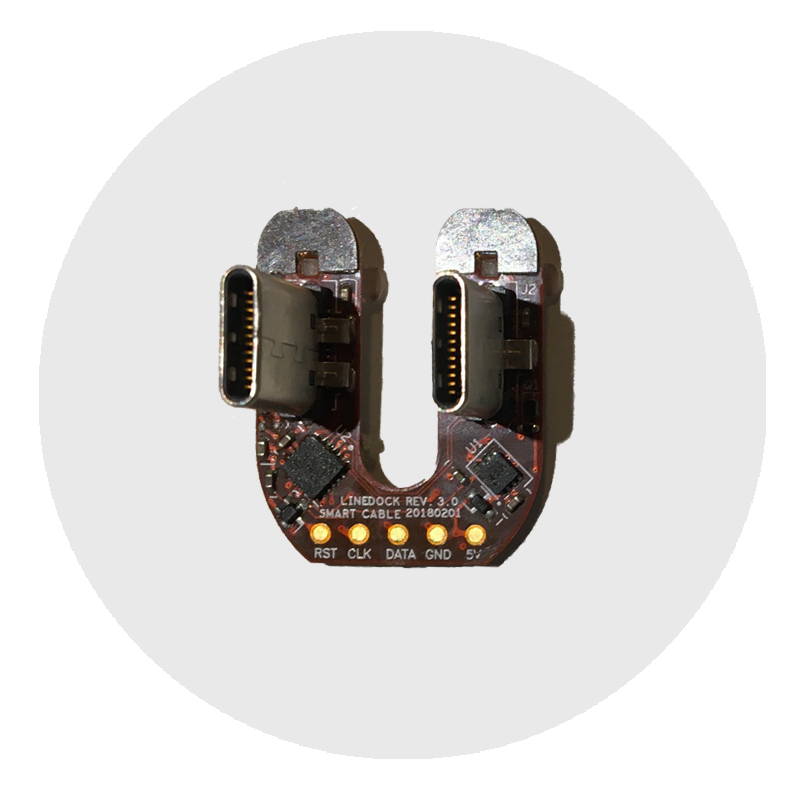 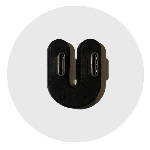 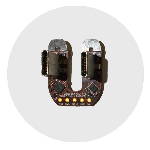 The motherboard would be made out of a special material called Flexible Printed Circuit (FPC).
That would allow us to solder the connector on the motherboard, as well as the e-marker, while still allowing for some flexibility. The 18 lines would be buried inside the FPC. The result would then be injected in rubber and *poof* we just reinvented how digital cables are made.
You can already see where this is going. The engineering team designed the flexible motherboard in a day and we decided to go ahead with an experimented Taiwanese company to take care of the injection. It wasn’t cheap, but our bet was that their experience would free us from the burden of yet another production challenge.

This decision turned out to be one of the biggest failures and lessons we’ve learned in the early days of Linedock: entrusting a complex production to a new partner in a country where you are not, is dumb. The U-Cable ended up being one of the biggest production challenges of them all and cost a fortune. Every iteration would take more time than Nevada counting ballots. The list of technical learnings goes on forever. But in the end, boy was it worth it. The U-Cable is a major upgrade to the experience of the Linedock. There is simply no other cable, still to date with the wide adoption of USB-C, that looks anything like it. 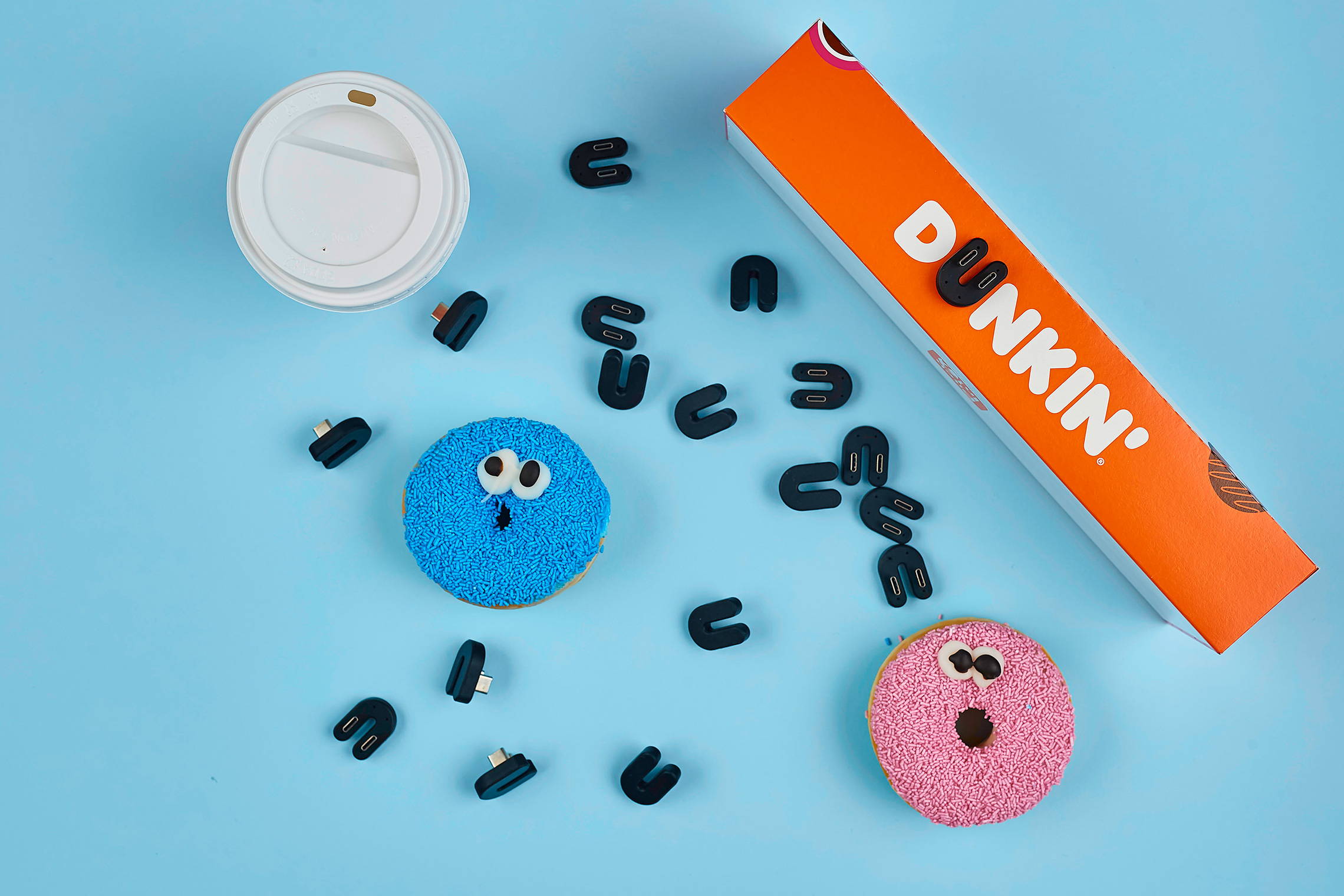 *As Leaf was already taken, we opted for LINE and as we were working on some sort of dock, we called it LINEDOCK
**There's been a few name iterations for this cable. Among them were "The Horseshoe cable" and "Uh-uh". We abandoned Horseshoe cable for SEO reasons (just Google it) and Uh-huh was already too popular. So we went for something more straightforward: u-cable.
Back to News